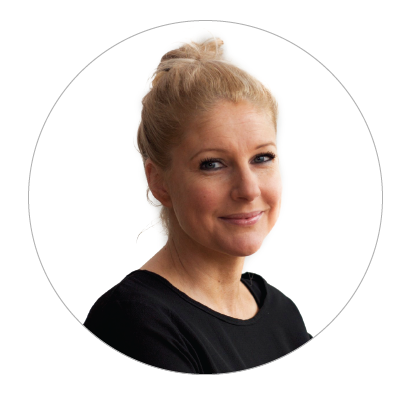 Reach for Health is such a wonderful place, it truly is. The best place to come to if you need health rehabilitation and support. It has made such a massive difference to me and I know that Ben and my family have all noticed a significant change within myself. It is full of inspirational people and the team are just, well, they’re just heroes.

Becky Salisbury, aged 39 lives in Weedon with her husband Ben and their daughter Isla, aged 6. Becky graduated from Leeds University with a BA Hons degree in Business and Retail Management. She worked as an assistant menswear buyer for the House of Fraser before moving into PR.
Q. What were things like before you were diagnosed with a serious illness?
Ben and I got together when we were 26 and married when we were 32. We spent several years moving around the UK with Ben’s job and I had left my job in PR to work for the same company.  We had the most amazing time discovering new cities, we would be eating out and meeting friends for drinks most nights, we were loving life. I have always led a pretty healthy lifestyle trying to eat well and being active.

Q. When was it obvious that you had something seriously wrong with you?
In 2008 whilst living in Leeds I woke up one Sunday morning and my left leg felt very heavy and numb, initially I thought I had just slept awkwardly. After a week things hadn’t improved so I telephoned the NHS Helpline who advised me to make an emergency appointment at the local GP Practice.  By this time my left arm had also started to feel numb.  I made the appointment and saw a lady doctor who initially was a little abrupt at me being at an emergency appointment but I guess outwardly I looked extremely healthy.  After checking me over and carrying out a few tests she told me that she thought I might have Multiple Sclerosis.  I wasn’t entirely sure what MS was but a diagnosis of this magnitude, delivered fairly brutally, was pretty terrifying.  I was told to get to Leeds General Infirmary straight away, where a neurologist would be waiting for me.   On arrival I had various tests and was booked in for an MRI scan in a couple of months time.  Eventually I was called back for the results, by which time my symptoms had all but cleared, but was told that all of the results were consistent with my having relapsing and remitting MS. Initially I was fairly blasé, I had very few symptoms and despite friends and family telling me how sorry they were I wasn’t overly concerned.

Q. How did Multiple Sclerosis impact on your life following the diagnosis?
I developed a problem with my eyes, my vision was perfect but the MS was making it feel as if things were moving all of the time, it’s hard to explain as it’s a strange feeling, this has never cleared up.  As I began to realise the seriousness of MS I became scared and started to have panic attacks, the first was while I was driving, I honestly thought I was going to die. I became anxious to the point that I hated going to the supermarket, on train journeys, struggled socialising; I did so many things whilst in tears and consumed with fear.  Incredibly the MS remained fairly stable for three years, which I think was largely due to our moving back to Northamptonshire and forming a solid base. The only issue really was the anxiety that I felt.

After going through a previous ectopic pregnancy and a miscarriage Isla was born in April 2011.  I was looked after by Northampton General Hospital who were aware of my having MS, they were terrific and monitored me closely. I loved being pregnant, I felt well throughout and finished with a beautiful healthy baby girl.  Ben was fantastic in helping with Isla and made sure that I got plenty of rest.  Towards the end of 2012 we decided to take a winter break for the first time and get some winter sun.  We went to Gran Canaria, the flight out was very early in the morning and with preparing us for the holiday and getting up so early I was pretty exhausted by the time we boarded the plane.  We arrived to sunshine, checked in and looked around what was a fabulous hotel.  I decided to text my parents to let them know we had arrived safely but I had trouble texting, my left hand and arm felt heavy and wouldn’t move normally.  I thought it was strange but took no notice.  Over the next 24 hours my left leg started to feel heavy and I was dragging the when walking, I just put it down to tiredness.  After 48 Hours it became so bad that I was completely paralysed down my left side.  We had to call for a doctor.  The doctor thought I’d had a stroke as the left side of my face had drooped as well so I was taken to hospital by ambulance.  It was realised that I hadn’t had a stroke it was the MS. I was given a course of steroids to take and went back to the hotel. Stupidly I thought the steroids would work fairly quickly and decided we would stay until the end of the holiday.  I was obviously in a wheelchair unable to do anything for myself; I was totally dependant upon Ben as was Isla who was only 18 months.

Q. What was your treatment when you returned home?
I saw a neurologist at Northampton General who explained it was a large lesion on my brain, one of the largest he had seen, that had caused me to have such a severe relapse.  He decided to refer me to The John Radcliffe Hospital in Oxford where I initially saw Dr Jacqueline Palace, Consultant Neurologist, who specialises in unusual cases and is quite exceptional.  She recommended that I was placed under the care of one of her colleagues Dr Gabe De Luca, Consultant Neurologist, someone Ben and I have come to greatly admire and appreciate, he is so positive and upbeat. I was recommended to begin taking a disease-modifying drug, I was nervous of this as it meant I would have to inject myself every day. It was also recommended that I begin regular physiotherapy treatment to try to restore some mobility, as I was still wheelchair bound.  Despite having been told at Northampton General that it was unlikely I would be able to walk for at least a year or maybe never, I began to get feeling back in my left leg and arm after a month.  It seems this was down to the steroids reducing the lesion on my brain combined with regular physiotherapy. I began to walk again; I cannot put into words how amazing that felt.

Q. What were the circumstances that led you to Reach for Health?
I changed physiotherapists to one based in Daventry and she suggested that attending the Reach for Health Centre might be good for me.  I imagined it as being a ‘gym’, full of fit people and a place I could not have faced.  She gave me a leaflet, which gave me more information; my family was keen for me to try so I made an appointment with Wadge to keep them happy really.  I still thought it would be a normal ‘gym’; I was very conscious of my laboured walking, that I had to use a walking aid and was frightened of the exposure.  Wadge took me through an assessment and explained that a number of people with MS attended the centre and that he was confident that the team could improve my condition.  When he showed me around I was surprised by the friendliness of everyone, the feeling of compassion and care that was so evident. The mixture of age, mostly older than me and the varied health conditions of those attending was surprising and combined with the atmosphere took away any feeling of self-consciousness. I started attending once a week in 2013 and now love it so much that I now come four times a week.

Q. Has coming to Reach for Health helped you?
Physically I am now so much stronger, my walking has improved quite a bit and I now walk without a walking aid.  I believe that exercise has to be good for you and can only help you to overcome the worst of any serious illness and help keep it at bay.  I also feel stronger mentally, sometimes I feel really blue and coming to the centre just gives me such a lift, the friendliness and good humour is intoxicating and I always leave on a high.

Q. What are your hopes and fears regarding your future?
My hopes; I just want to keep up my exercise, I am certain that it is helping with my MS and definitely making me physically and mentally stronger.  My greatest fear is that the MS hits hard again and I lose my mobility, I am afraid of losing my mobility and independence, I don’t want my lovely daughter to grow up with her Mummy in a wheelchair. I have bad days as anyone does but I truly believe that with mental determination and belief you can overcome your illness and contributes hugely to keeping well.

Q. Any last thoughts?
I think that Reach for Health is just a gem, the best place to come to if you need health rehabilitation.  It has made such a massive difference to me and I know that Ben and my family have all noticed the significant change in me.  It is truly such a special place full of really amazing and inspirational people, the team are just, well, they’re heroes.  I will do anything I can to help Reach for Health; I really believe that it has saved me!