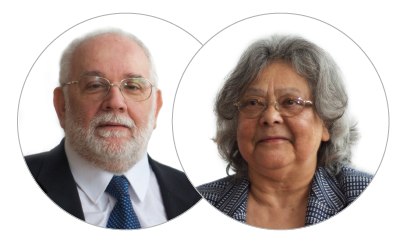 Reach for Health has literally changed  my life. BeforeI came to Reach I would sit on the sofa doing nothing all day, using oxygen and not being mobile, now I love going to Reach for Health and attendthree times a week. I am now doing more things than I was ever able to do before. Andrew’s life has also changed for the better, as I am a different person, and he’s no longer having to constantly be helping me. I honestly don’t know what we would have done without this amazing place.

Pat Fraulo, aged 69, lives in Crick with Andrew her husband of 34 years. They have four daughters and one son. Pat was born and bred in London where she trained as a window dresser. She was diagnosed with COPD (Chronic Obstructive Pulmonary Disease) in 1995.
Q. How was your health and lifestyle before your diagnosis?
I was a heavy smoker, I would smoke around twenty cigarettes a day. I wasn’t a very active person and did very little exercise. I did however have the sense to follow a very healthy and varied diet.

Q. What is your story?
Going back to 1995, I was unwell with what was considered to be some kind of virus infection which just would not clear up. I was eventually admitted to Milton Keynes Hospital where I was given a course of steroids and antibiotics together with inhalers and oxygen. After two weeks in Milton Keynes Hospital I was discharged. On my way home I was really struggling to breathe again, Andrew turned the car around and took me straight back; I was immediately re-admitted. The hospital took various X-Rays and carried out several tests over a fairly short period of time; I was then diagnosed as having COPD. In addition to this I was also diagnosed with type two diabetes and astonishingly I also discovered that I have always had asthma but it was untreated, as it had never previously been picked up. As you might well imagine, Andrew and I were both totally ‘shell shocked’ to be told that I had not one but three serious health problems.

Q. How does COPD affect your life in general?
I have my good days and my bad days. I know my limits now, for example if I’m hoovering I know that I will get half way around a room and I’ll be out of breath and worn out. Anything too physical is a major effort for me. If I have a shower the steam has a bad effect on my breathing so I never shower when I’m on my own in the house as I need the reassurance that Andrew is near if anything goes wrong. If I want to go for a fairly long walk I know that I have no choice but to take my oxygen with me. I never use my oxygen tank at home, if there was a need for me to use it, I would more than likely need to be on my way to hospital.

Q. What treatment are you receiving for your condition?
I take twelve different tablets a day, I use three inhalers and a nebuliser which I only use if my chest needs to be cleared. I’m also on insulin for my diabetes which I need to inject twice a day.

Q. How did you start coming to RFH.
I was actually going to the Breathe Easy sessions in Daventry, which lasted for twelve weeks and then went on to start similar classes at Northampton General Hospital.  Surprisingly it wasn’t mentioned to me at either of these classes that Reach for Health could be of help and of course it would have been much more convenient than going to NGH. I even joined the leisure centre in Daventry but it wasn’t for me, it was full of body builders and teenagers. I felt completely out of place and extremely uncomfortable. By chance an article in the Daventry Express about the Reach for Health Centre caught my eye. I read it two or three times and said to Andrew, I think I need to go to this place.

Q. How has coming to RFH helped or changed your life?
I’ve been coming to Reach For Health for nearly six years now and I can honestly say that it has helped me in so many ways. When I went for my initial referral appointment I was on oxygen daily and using a wheelchair. I even struggled talking, Andrew would have to finish my sentences off for me. I was asked at this appointment if my long-term goal was to come off of the oxygen, Andrew and I just laughed at each other as in our eyes this seemed near enough impossible. I was at the stage where I was thinking everything would be downhill from here. Of course I would have loved to have been able to hope that this was possible but in our minds, it was way beyond our expectations to even dream that this could be possible. On starting my program, my oxygen levels were being closely monitored with the use of a pulsioximeter, which a member of the team would carry out whilst I was on each piece of equipment. After two months of joining Reach For Health, my dream became a reality, I came off my oxygen and it was unbelievably quick. I was over the moon with how fast I had progressed and was so grateful to the amazing team at Reach for Health for getting me to this stage. I have only been to hospital once in the last five years, which is incredible as most people with my condition are admitted at least once a year. I truly believe this is down to the rehabilitation exercise in my tailored program.

My health has improved beyond my greatest expectations by coming to Reach for Health, which I never thought would be possible.  I also enjoy coming to the seated Tai Chi class that is held on a Friday. Tai Chi is perfect for me as it teaches me how to breathe better plus being seated is perfect for me as I would struggle with standing. The social side is fantastic too. I have made some lovely friends and met some truly inspirational people who not only inspire me but everyone within the centre.

Q. Do you have any goals for the future?
My main goal is to maintain my fitness levels and keep active. I can’t imagine my life without Reach For Health and exercising. I also want to keep raising as much money as possible for the charity, that’s my little way of saying thank you for what this very special place has done for me.

Q. What does Reach For Health mean to you?
It has literally changed my life. Before I came to Reach For Health I was sat on the sofa doing nothing all day, using oxygen and not being mobile, now I love going to Reach for Health and attend three times a week. I am now doing more things than I was ever able to do before. Andrew’s life has also changed, as I am a different person, it has made such a difference to his life, as he’s not having to constantly be helping me. I honestly don’t know what we would have done without this amazing place.